You are using an outdated browser. Please upgrade your browser to improve your experience.
Home / News / TRAVEL AND TAKE PART IN THE GAME “DISCOVERY PATH” (PAŽINIMO KELIAS)
2020 08 28 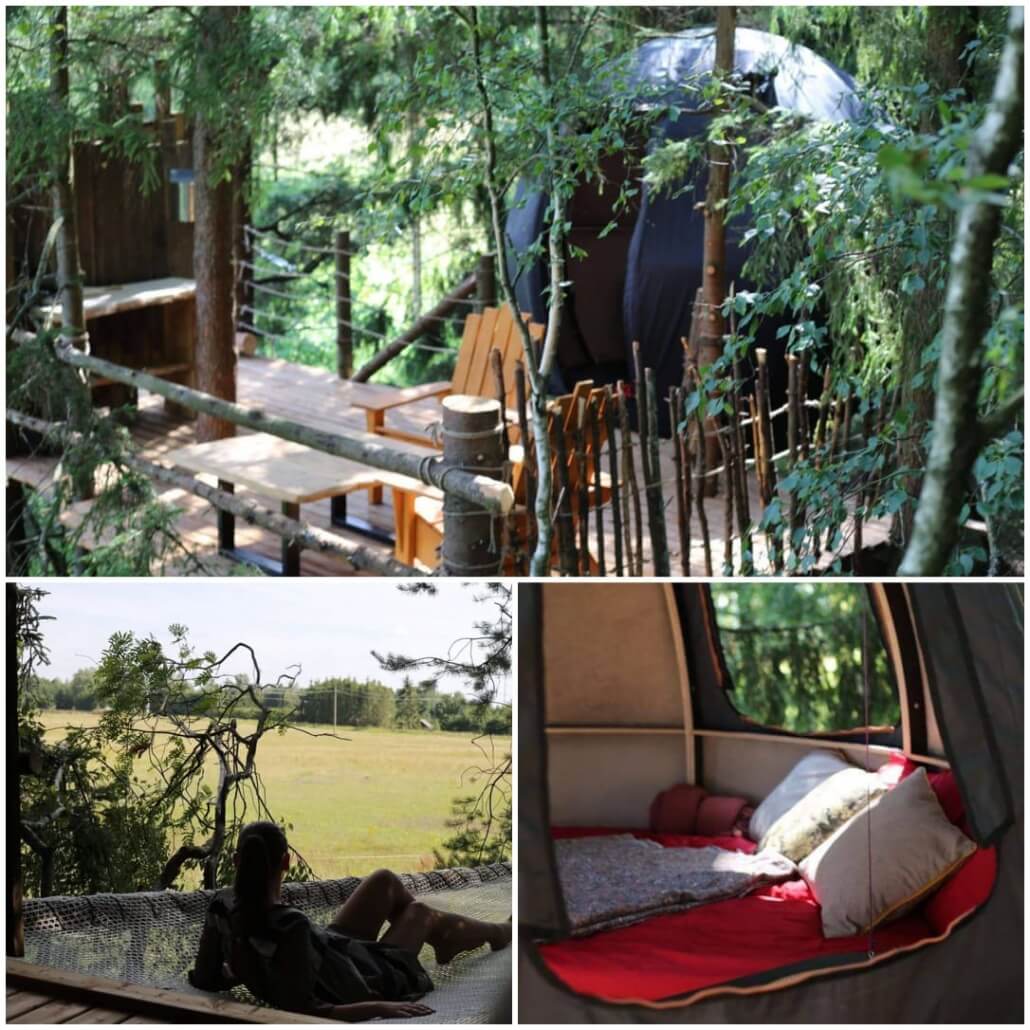 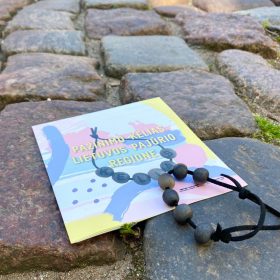 DISCOVERY PATH IN THE SEASIDE REGION OF LITHUANIA

Do you have a thing with magical powers which accompanies you everywhere you go, brings happiness to you and protects you, your travel talisman? If not yet, this funny game is just for you! On the 24th June, six municipalities of Klaipėda region (Klaipėda City, Klaipėda District, Kretinga District, Palanga, Skuodas District, Šilutė District) will start to implement the new project and offer to bring memories about each visited place into one string and create your own talisman, i.e. a wristlet of the Discovery Path, by yourself.

Visit the seaside of Lithuania, visit 3 indicated places in each municipality, take pictures with you near them, visit the tourism information centres and collect beads for your discovery wristlet. Got interested? But this is not everything! Each municipality will give you one bead with its letter which has certain meaning: Inviting Klaipėda, Elegant Palanga, Waiting Šilutė, Exclusive Klaipėda District, Open Skuodas, Mysterious Kretinga. So what mysterious word will become your travelling talisman?

Thus, you will not only familiarise with unique places of the region, experience the joy of knowledge but will also be rewarded!

Your plan for this summer: be in a good mood and rush to the sunny beach and experience the joy of new discoveries by visiting the extremely beautiful tourist objects of Klaipėda region:

The gate of Klaipėda pier consists of the southern and northern breakwaters. They protect the port against waves, ice-drift and silt. The breakwaters are built on piles and the above-water part was made of stones and later the breakwaters were reinforced by stones and large concrete blocks.

Nothern pier is the place particularly loved by the residents of the city foristrolls; it is the place where people can watch sunsets, welcome the arriving and departing ships. And the views when a storm is raging, when foamy waves sweep through the breakwater are enchanting; they are really worth seeking!

Have you ever thought how earlier a man understood time? How they calculated years, months, days, hours, minutes? Doyou know when sundials, water, fire or sand clocks were invented? The exhibitionof the Clock and Watch Museum contains over 1,700 original and rare clocks, watches and reconstructions, the exhibition is supplemented by furniture, interior elements, prints. A Sundial Park is equipped in the yard of the museum, hereyou will find even 4different sundials!

This is the modern Lithuanian sculpturegallery in open air.

Here workscreated by sculptors during the summer symposiums were erected for morethan ten years. “Dinner for Four” (Vakarienė keturiems) “Stroll” (Pasivaikščiojimas), “Tranquility” (Ramybė) or “Summer Rain” (Vasaros lietus) are only several of 116 works of art currently exhibited in 10 ha territory of the parkcreated by 61 sculptors.

Rest in Palanga is unimaginable without an elegant walk in one of the most beautiful parks in the Northern Europe, i.e. Birutė Park.

Birutė Park was established in the territory of the former sacred Birutė Forest and Birutė Hill. At the end of 19th century, famous French architect Édouard François André prepared a project for a landscape park at the order of the counts Tiškevičius.

An authentic alley created by the count Juozapas Tiškevičius more than 120 years ago was the first park of Palanga and the then centre of the resort. The reconstructed alley is an expression of appreciation to the founders of the resort, counts Tiškevičius by the residents of Palanga. The alley is decorated by two bronze sculptures, i.e. “Countess Antanina Sofija Loncka-Tiškevičienė” (Grafienė Antanina Sofija Loncka- Tiškevičienė) and “Count Feliksas Tiškevičius”(Grafas Feliksas Tiškevičius), they are connected by a decorative strip in the pavement in which the slogan of Tiškevičius family in the Latin and Lithuanian languages “Deligas quem diligas” and “Choose what to love” (Išsirink, ką myli) are engraved in a repetitive rhythm.

An impressive 4 metre height sculptural composition “Fisherman’s daughters” (Žvejo dukros) erected at the gate of Šventoji port is three girls looking to the sea, waiting for their father returning from fishing.

Hugas Šojus Manor is a building of non-complex shapes of the late classicism and historicism times with indistinct features and modest style, decor typical of Klaipėda region. An English type park with three pons and walking paths is established near the manor. There were 150 species of plants in the park which is situated along the river Šyša to the old railway bridge. Currently, there are 40 species of trees and bushes in the park.

Ventė Cape peninsula is at the Curonian Lagoon, not far away from the mouth of the river Nemunas, to the south of Ventė village. It is mostly known for its ornithological station used for ringing migrating birds and a lighthouse which is one of the oldest lighthouses in Lithuania! The observation deck provides scenic views of the Curonian Lagoon, the Curonian Spit and Rusnė Island.

A wonderful park n the centre of Švėkšna town with a villa which survived since 1880 to these days, central gate with fence segments, garden gate, a sculpture of the Roman hunting goddess Diana in the island of the pond. You will also see a newly created sundial, a vase on the pedestal, round observation deck with balustrade, Saint Mary sculpture “Angel of Freedom” (Laisvės angelas) and many other objects worth attention.

Kalniškė hillfort standing on the left bank of the picturesque valley of the river Minija marks the start of the history of Gargždai and the panorama opening from it fascinatings the residents and guests of the town. Come here and you will see a hillfort dating back to the 13th century..

Karklė attracts by its stone and white sand beach, fresh air filled with the smell of pine trees and sea and breeze of waves,health and cycling paths, meandering through wonderful seaside meadows and fine forests and picturesque monument of nature: the cliff ofthe Dutchman’s Cap (Olando kepurė) enchants everyone. This is a parabolic dune which is 2.44 m above the sea, constantly eroded by the beat of the waves, it falls to the seaside by the slant of 16-18 metre height.

The museum has even 18,916 exhibits which are included in collections of archeology, history, ethnography, architecture, numismatics, folk art, and nature. There are 4 constant exhibitions. There is an information terminal “Apuolė is the Curonian Land Centre”:you can get acquired with the oldest settlement of Lithuania, namely, Apuolė hillfort, the life of Curonians, Viking armament, clothing, ships and fighting techniques in an interactive manner. You can test your knowledge about our ancestors Curonians and their life by virtue of quizzes and games.

It is a unique museum established in a picturesque 14.5 ha valley in Mosėdis town, Skuodas district. There are large collection of rocks in the museum; they were brought to Mosėdis and other places of Lithuania during the ice age period, collections of fossils, minerals (precious stones, semi-precious stones) of Lithuania.

The visitors of the museum can enjoy the perfect landscape of the river Bartuva, Pagan altars, a mound and the only watermill of Mosėdis which has survived in the region to the present days are exhibited here.

It is the fifth stone in Lithuania by size. The length of the boulder is event 7.48 m, the width is 5.48 m, the height is 3.66 m and the birth is 18.33 m. The boulder lies in the hill which earlier was surrounded by swamps from all sides and “kūlgrinda” (stone pavement) runs through them to Šilalė village.

A new, unique 10 hectare area Jaurykla River Park of unique landscape in the southern part of Kretinga town inviting those who seek for quiet rest in nature and those who like more active leisure. More than 3 km health and natural educational paths with different wooden footbridges and bridges are arranged in Jaurykla River Park. There are 5 landscape observation docks from which views of interesting natural objects, several children playgrounds with a sand field, climbing equipment, swings will open.

Visitors can walk in the park surrounding Kretinga Manor, among centuries-old oaks of the park, walk along alleys of limes and chestnuts, coats of the ponds. In 2002, the Astronomical Calendar with Sun Dial was erected in the southern part of the park. This composition reminding of the ancient cultural traditions of Balts consists of oak sculptures and stones carved by folk artists and marking historical events and calendar festivals. The shadow of 6 metre height wooden sculpture erected on the hill shows hours marked on the central stones and the sunbeam getting through an opening made on the top of it falls on different stones marking some festival.

If you travel along Kartena town, the view of Kartena hillfort opens on the other bank of the river Minija. An impressive panorama of Kartena town opens from the hill. One of the legends say that once there was a castle of the King of Samogitia which was constantly attacked by enemy armies on the hill. Once the armies of Sweden and Russia that appeared to attack the castle started fighting with each other. The ruler of the castle shouted to his soldiers: “Look, there are warriors!” “(Look, there is war!)” ()Veizėkiet, karė tenā! (Žiūrėkite, karas ten!)). Thereafter the place was allegedly called Kartena.

KRETINGA-THE LAND OF HEALTH AND MIRACLES 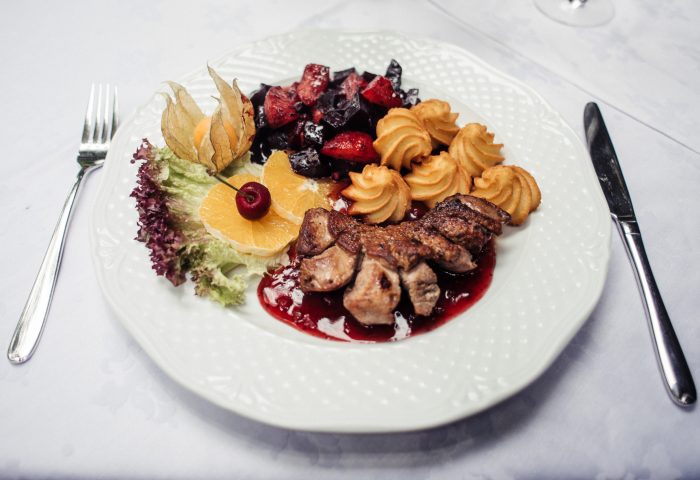 A flavour tour in Kretinga 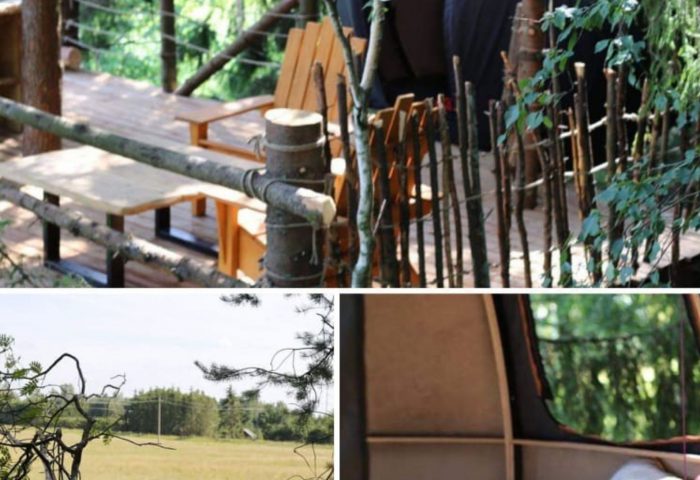 Take part in the photo competition “Kretinga. See with Heart” and win a unique accomodation in a tree! 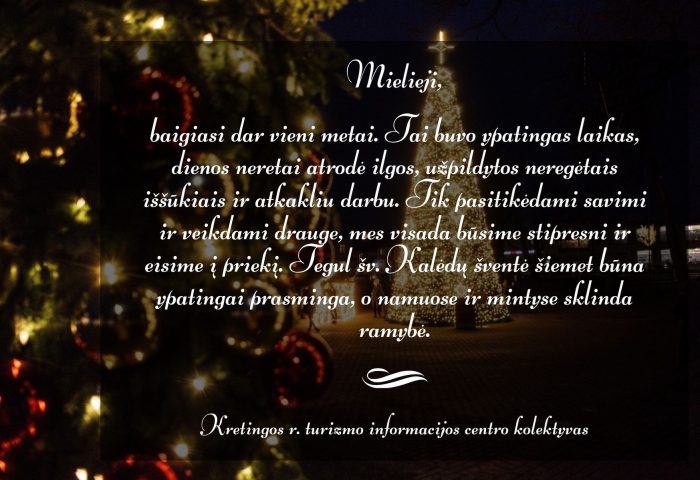 Greeting from the staff of Kretinga District Tourism Information Centre