You are using an outdated browser. Please upgrade your browser to improve your experience.
Home / What to do / Places to visit / Commemorative plaque for commemoration of the colonel Donas Grabys and his brother bishop Jonas Grabys
Places to visit

Added Add to likes
Built on the initiative of a resident of Lazdininkai Adomas Stoncelis and Povilas Jasinskas, a grandson of Domas Grabys (author of the project Edvardas Stalmokas). Sanctified on 1998 June 1998. Memorial wooden composition, pillar structures, with the sign of the Pillars of Gediminas and gabled roof decorated with cut-out ornaments. Three horizontal boards with embossed carvings of oak leaves, cross and oak tree are fixed on the top and memorial inscriptions: "The colonel of the Lithuanian Armed Forces Domininkas Grabys was born here. 1898 – 1942“; "Shooted in Gorkis Prison"; "The priest-prelate Jonas Grabys was born here. 1882 – 1929“. Domas Grabys was born on 1897 August 30 in Lazdininkai, Darbėnai Subdistrict. After graduation from Palanga Progymnasium and Liepoja Gymnasium, during the period of 1917–1919, he studied medicine in Kharkiv University. When he came back to Lithuania, in October 1919, he was mobilised into the army, appointed as an assistant of the doctor of the Artillery Regiment, later he was appointed to serve in the War Hospital. His brothers Juozas Grabys and Petras Gravys were volunteer-soldiers. When in December 1921 he graduated from Kaunas War School, he was assigned to the Second Artillery Regiment, as of January 1924, he was the commander of the battery. In 1928, he finished electrical engineering in the Faculty of Physics and Mathematics of the University of Toulouse, in 1929 he finished studies at the Mechanics Division. In January 1929, he was transferred to the Artillery Supply Unit. As of June 1930, he was the head of Kaunas Projects of Artillery Workshop and the head of the Technical Unit, as of July 1935, he was the head of the Armament Management Project Bureau. In 1933, he was awarded with the Order of the Grand Duke of Lithuania Gediminas of the Third Class, in 1936 he was promoted to the colonel position. As of November 1938, he was the head of Linkaičiai Weapon Workshop. On 1940 September 1940, he was arrested by the NKVDists, detained in Šiauliai. On 1941 July 1941, he was moved to Gorkis Prison in which on 27 March 1942 he was shot. Jonas Grabys was born on 1882 May 6 in Lazdininkai, Darbėnai Subdistrict. During the period of 1890–1894, he studied in Darbėnai Folk School, during the period of 1895–1900, he studied In Palanga Progymnasium, during the period of 1900–1905, he studied at Kaunas Inter-Diocesan Priest Seminary. During the period of 1905–1908, he continued studies at Sankt Petersbourg Spiritual Academy, was awarded with the degree of the candidate of theoloogy. On 1906 December 1906, he was ordained a priest. In 1908, he was appointed as the vicar of Švėkšna and in 1909 he was appointed as the chaplain of Liepaja schools. In 1918, he returned to Lithuania, was appointed as the chaplain of Panevėžys Saulė School and the rector of the church of piarists and as of 1919 he was the parson of the Church of St. Peter and St. Paul and the dean of Panevėžys (in 1923, he was dismissed from the position of the dean for health-related reasons). Besides, during the period of 1920–1927, he worked as a chaplain of Panevėžys Teacher Seminary, the lecturer of scripture of the girl gymnasium and Saulė society courses. He was elected as the chairman of the Council of Panevėžys City, the Union of Farmers and the Bank of Farmers. On 1926 June 1926, he was appointed as the judicial vicar (officialis), on 1927 May 1927, he was appointed as the vicar general of the Diocese, on 1927 November 1927, he was appointed as the Prelate-of the archipresbyter of the Chapter of Panevėžys Cathedral. He died on 1929 March 1 in Vienna. He is buried in the cellar of Panevėžys Church of St. Peter and St. Paul, under the grand altar. 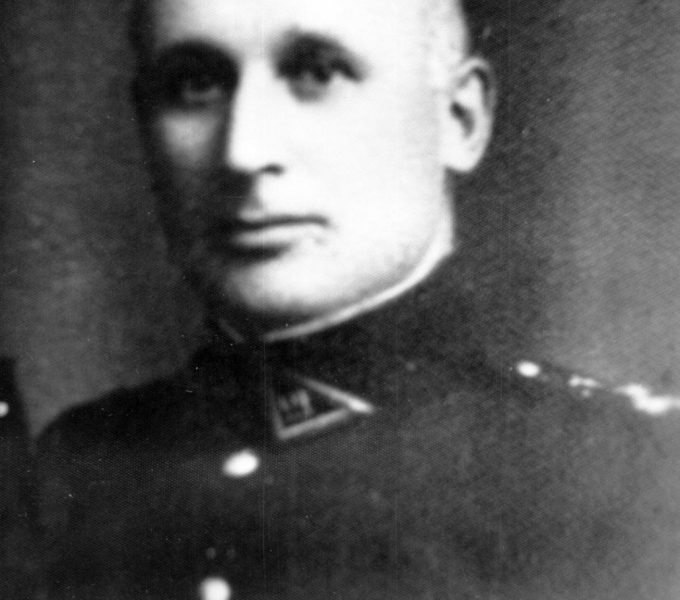 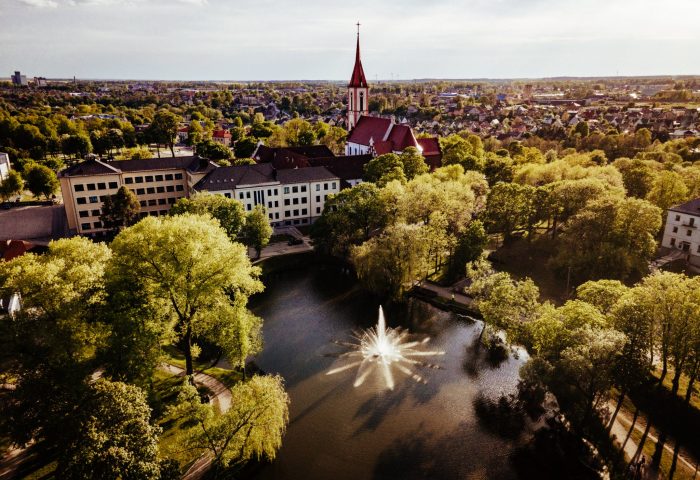 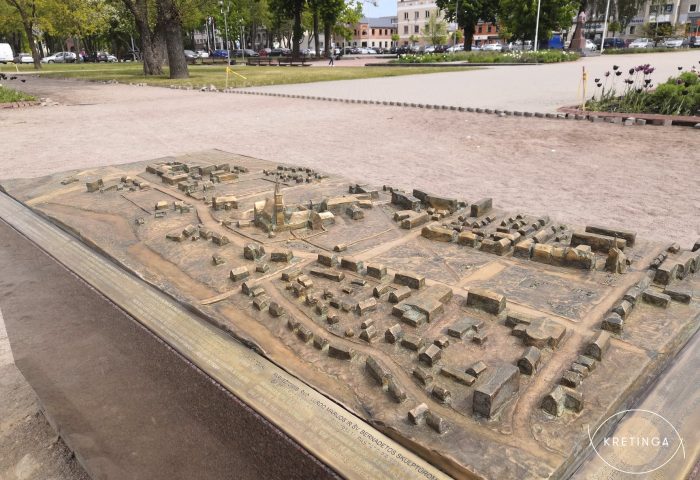 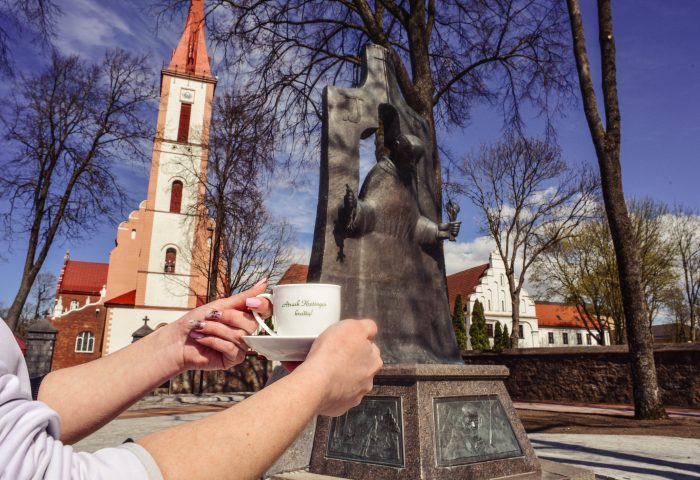 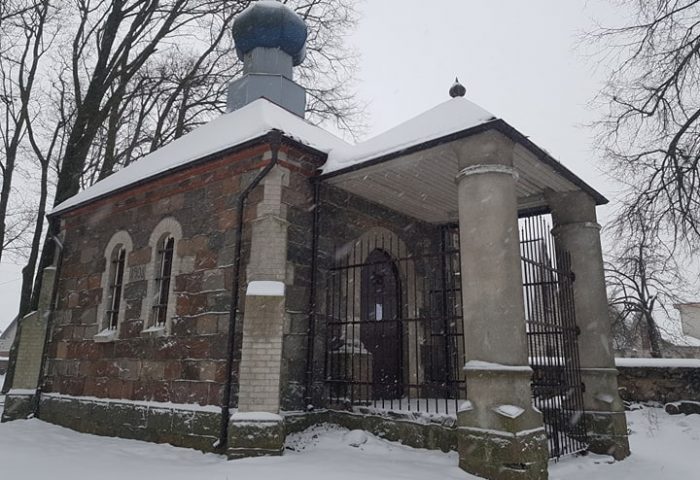 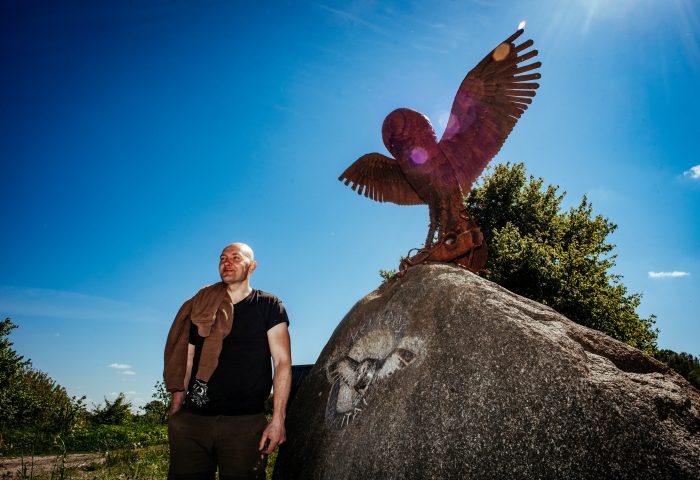 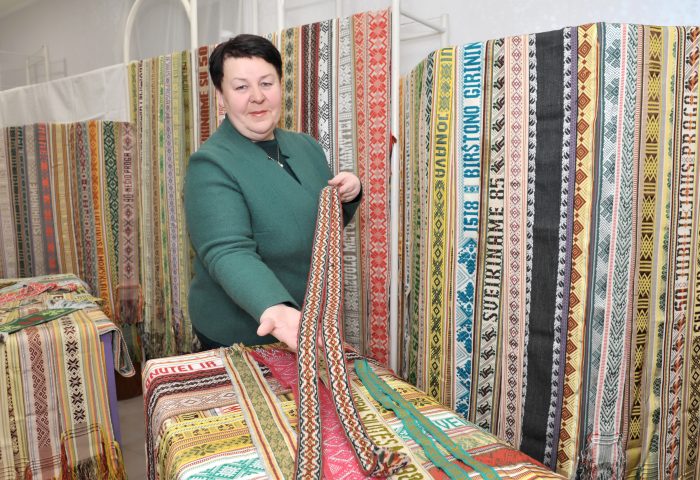